The guy behind Nike ACG menswear and what the streets would call the AF1 Abomination and the great redeemer Acronym Presto and what I will call the father of origami jackets. Errolson Hughs

Acronym started out as a contract design firm who made their seed money designing gear for extreme sports and branched our to a personal design company in 1999 to make their own gear developed in house. 2002 Acronym was set on to the scene making products for years before cross pollination.

With their outerwear aesthetic Michaela and Errolson have been slowly building a credible brand who has an amazing aesthetic with prices not for the light pocketed. Kickass code names and well made app areal for those who are really out here appreciating the samurai Techwear look

The ideal behind these pieces are just so incredible. I’m a lover of industrial design and will continue to analyse and adore the creation fabric and contortion of materials. Learning all about plastics and how they can be moulded into becoming weather proof is something I hold in high regard; each thing being made out of plastic but the polymer constitution changes its properties. 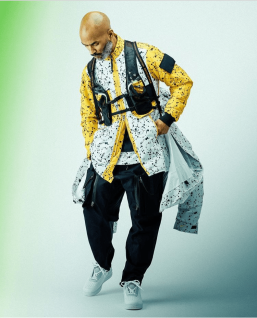 What I know Errolson for the most for is the Nike ACG collaboration before I knew any details I saw him in the most well constructed garments I’ve seen made for a man. The ACG collaborations with Nike have been the most creative thing industrially I think Johanna has something to do with why this — spawning the morphing of the AirMax 180 and 270 for people to create their own versions (more of my thoughts on this later). — The well constructed garments are a wonder to look at the sliding pockets shell form zips Male the silhouettes minimal but are made with the most complex techniques. Whoever has been steering this Techwear ship at Nike in the past 3/4 years well done. 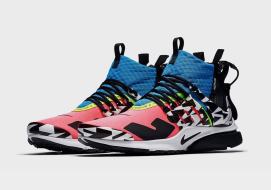 The sneakers have been a contentious for the AF1 the Acronym team kind of destroyed the detailing and added a zipper but it slowly became a grailed Force one. The Presto though, straight away it was loved and adored from my purview and grew as a cornerstone of Techwear functional technical and full of utility.

Errolson Hugh’s has had a great team around him all the way through forged their own path and created a 20 year old company with such a high value now I adore the ability to make something of that level.