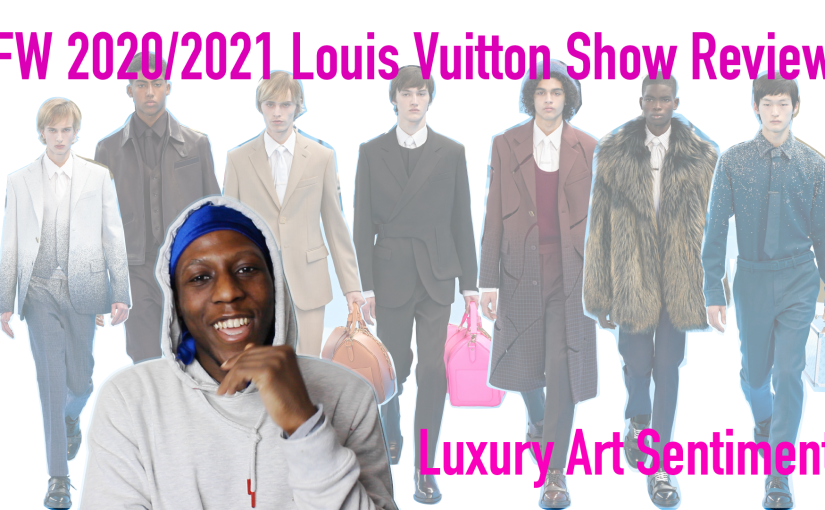 After reviewing Virgil’s most recent effort with Vuitton on my Youtube I thought I would writ an article about the growth and creativity displayed. Same thing with Samuel Ross I expect these men were angry with everything that was going on and felt pigeon holed into streetwear so decided to divert.

Personally Streetwear is menswear just as tech wear is and all other styles, It is really down to the artists influences. More of that on Current State of Menswear. Virgil seems to take influence from the many years living in America and being shown what a man is on TV and the dominant white culture over there.

What Virgil did was become a renegade of the ideas of old and chopped and screwed them as  Black Culture does in the creative and to make them palatable for men today. What does a current 30 year old suit looks like “same as 100 years ago”… Not anymore What Virgil has done is give power and presence to a new man that is speaking today. As menswear gets bigger it is now time to influence all the faces that have no preconceived notions of what being a Man is. 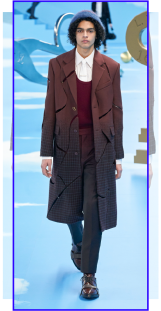 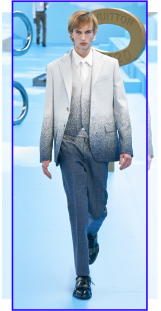 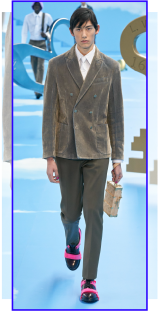 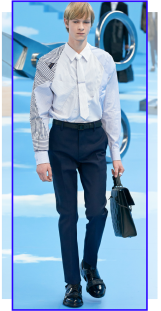 That level of difference Virgil has in this show is given to us by the many different colour choices in duffle bag or hand pouch or fur hat and coat or very literally a chopped up suit.

Just as Kiko is doing we are getting new shapes and different patterns on display for how we perceive menswear. As I go on about the menswear revolution Everything I think is becoming more to light as they are displayed on the runway Display in texture/ colour/ patterns/ referencing/ layers.

The Suit is the ultimate form of layering from undershirt to shirt to tie, then waistcoat and blazer you may look at it as old hat but that is the very platform that menswear was founded upon and if you take those principles and stretch them over menswear essentials as Virgil did you get a really creative collection and we are going to see more like this where the runway is bound to dictate how men dress in the street much like Womens fashion for the past hundred years. When I say Menswear revolution this is what I’m talking about never in the life of people who grew up outside the high society in Britain has there been this amount of men understanding quality clothing outside the luxury names and High fashion zeitgeist. Meaning Sam Has the opportunity to be the guy to walk all men down the aisle and be a fixed position in mens outside the view of people without station but work in stations. This is a British man from ends speaking to tandem and it can work which is what I mean by not playing the Prada (High society) game and play the game we know.