The Air Force 1 is something I always wanted but didn’t know why since I was a kid. The influence black culture gave the AF1 and soon hip hop would match the shell toe in the air with Run DMC.

How I heard about the AF1 is my cousins in New York. They were about it, and said Air Force One was the flyest. At my first opportunity to shop for myself I got a black pair of AF1 with the gold trim to match my tracksuit. Was the first time I ever saw girls look at me different I was 12 years old I felt so mature then, like I discovered something for the first time, something no one else knew.

The reason for the feeling of greatness came years before that. Black culture in New York City was buzzing as you find terrible conditions you have people finding creative way to make it out. It’s the story of all generations, the best entrepreneurs come out of there, this is ’94 Harlem Ready to Die was about to drop, Post Alpo. A place of Go getters, hustlers, and the culture of hip hop, the most notable and cementer of the Iconic Shoe in Hip Hop was Nelly – Air Force Ones the greatest ad never paid for; The cultural currency this song held was like no other, it wasn’t just something for the streets it was now Hip Hops Sneaker and NOTHING has been able to replicate the effect of the song.

The summertime spectres/Casper’s/ Cocaine White’s. Sporting these meant you knew what you were doing you checked the weather and you knew no one would disrespect them by scoffing them; You were the man and these were a representation of such; You were brave; and you knew who you were.

These pearly criss whites were a reflection of great poise. Patent leather soon transformed into a canvas for those who would make the pair they owned individual so much so that there is an industry of people that clean customise and curate these sneakers. Retail price starting at £200 it is really lucrative for anyone that can circle the market for curating customs.

The market for custom curation is so huge that Nike was losing so much money on resell and so forth they had to become a player in the market upping the number of collaborations they do almost ten fold in the past 3/4 years since the inception of AF1 they have had major collaborators with just the curation alone of the AF1 let alone the rest of The Air series or Jordan. Nike was no longer a place that collaborated with only “elite athletes” they inject themselves further into the narrative of streetwear by creating collaborations with other fashion influencers and houses.

END_OF_DOCUMENT_TOKEN_TO_BE_REPLACED 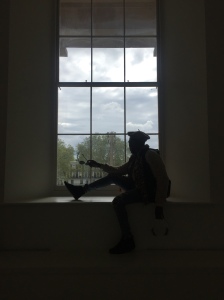 How many people have forsaken you along your way?

As I begin to construct the life I truly want I’m noticing my surroundings more and more.

This life I live has been hard fought people still forsake me to this day but as they being to see the things I foretold years ago coming to fruition my worth to them is becoming more apparent. I don’t know what to do with this energy, it’s not something I asked for only thing I want is a space to be myself without judgement; that’s too much to ask, I know. At the same time I want everyone around me to succeed and be happy.

Supposedly people enjoy the thought of being in a power position over others, never been me. I just want what’s best for everyone to win, some of us don’t know how to get out of our own way to do that; I surely do.

I’ve done it, I’ve been willing and I’ve taken the arrows in my front and back to prove it. I’ve got stories, a helluva lot of them. As I peer through the window of my mind into the distance I take time to contemplate how I should act with those who forsook me asking for forgiveness…

What would you do

Everyone knows the flow and style where I’m from and what it’s about when you’re living there.

But I’ve noticed so much of the philosophy isn’t spoken about, so I’m going to give it a crack.

Hoodish is the philosophy of the road mainly it’s about work-rate and perseverance. Mainly because that’s all you saw, before laws were put in place about public overtime hours all I saw was my parents working 7 days a week to put food in our bellies and clothes on our back. That’s got us all we have and all we could get because more hours working meant more bric-à-brac.

That being the philosophy where I grew up where your first consignment was selling chocolates on a playground and if you were were about that life, you’d turn that into a Q and so forth.

Credibility was earned on hard work. Where I’m from you put your hoodie on and keep your head low and get to doin whatever you’re doing to rub pence together to make a pound.

So when I’m feeling HOODISH I get that grinders itch, that no matter what I’m doing I feel I need to do more to get more.

That’s the ethics of where I was raised and when I apply it to this life I’m living now it can mean much more than what it was worth before.

Not Your Typical
Powered by WordPress.com.