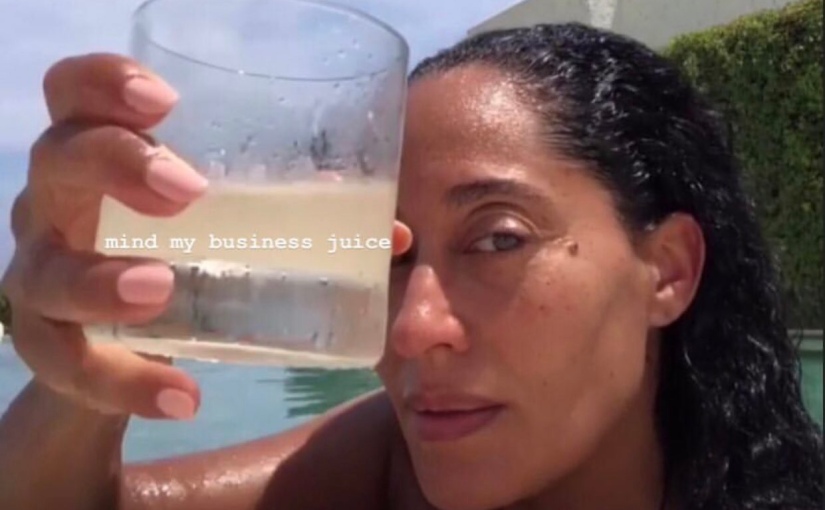 It makes me uncomfortable to see this happen, I wrote about the high fashion hoodie and people thought they could take items that appeal to my social base and create items that have nothing to do with them in order to capture a new audience; Even at the expense of offending us.

I shake my head and wag my finger at these guys who thing they can really mess with my people’s emotions, it’s a problem.

First of all don’t lose your job trying to appeal to an audience that isn’t for the company you’re working for. You’re talking about Vivendi LVMH and Marc Jacobs, billion dollar corporations that run on merchandising and margins.

You cannot be an artist with margins. Just ask Raf and Alexander Wang. I only name them because I love them dudes, bringing America to Balenciaga and Paris to CK wasn’t going to work the sensibilities of those two don’t blend, like herbal tea and milk. If you ever tried to put milk in lemon and ginger tea you know what I’m talking about

Bringing me to my next point

Don’t try be artsy with MY HISTORY

The most uncomfortable part about this past year is the using of racist imagery and cultural items thinking my people will fall for it.

You cannot try make an artist statement as a non black person with black history. It’s unacceptable, some of my people don’t know better so they can’t say better which is why they need someone on the understanding side to be forthcoming with them.

It’s like what on Gods Green Earth are you expecting making clothes with the sensibility of black sentiment trying to gain when the customer is aristocratic white and Asians.

My people have got killed for less so why do more than necessary. There are an infinite number of formations and patterns and styles you can use. Making stuff that doesn’t appeal to your main customer when clothes isn’t your companies main exploit. It’s weird -big man ting – uncomfortable for me to have to write like this. Smh.

I’m really done with you all 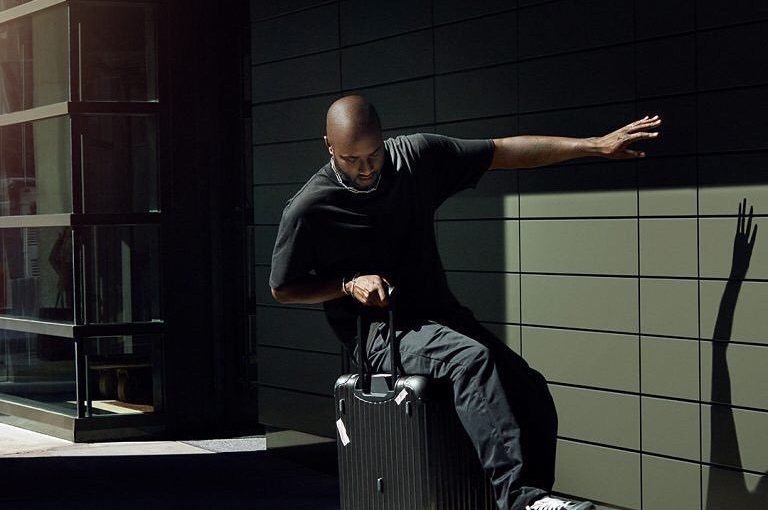 I was so lucky to be born when I was – to live in this moment we’re in now. My life came from unfortunate upbringings where men my age were vilified because social constructs made it so. I was there, a mere kid when there was young boys in hoods being called gangsters, thugs vagabond. A time before this, where we are now. My interest in this topic was probably the catalyst of why I started writing about fashion and still I feel I’m unable to articulate the feelings but I can for sure try vehemently.

On this journey concerning Off Whites Virgil Abloh, started with Been Trill a small project that had them establish themselves as street artist at their DJ shows, showing real ingenuity. As protégés of Kanye West they broke out as stars of the street culture as it was known back then they had a good buzz going on in the underground.

From my UK perspective I heard of been trill but because of all the gates between the UK and America at the time it was really hard to attain. Till Pyrex.

Pyrex 23 was unleashed to me in 2013 via Vimeo video while I was designing in my dorms with a wtf look on my face, I knew nothing about Virgil but I did know Dxpe Chef at the time. That was my steeze as we used to call it (RIP Capital Steeze) I watched the whole video and wanted this flannel for no other reason than just the visceral desire to have something no one in the UK had.

I couldn’t afford it. Now this whole collection became aspirational, the hoodie the flannel the colourway and at the time I was working 2 jobs to pay rent while I was trying to get a degree. No part of me could afford this but I decided to do what I always did. Follow the designer, there wasn’t much news on Virgil back then on Facebook/Instagram but I got what I was given. 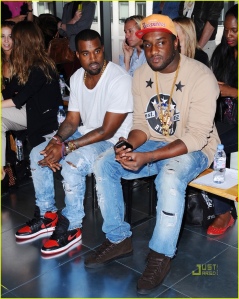 Knowing him and Kanye working together, how he was a graphic designer; and creative director of the Yeezus cover; having both interned at Fendi, all came to me round this time . This was when prints on hoodies was a cheap art and having them priced the way they were stopped any of the target market reaching them. – They sold out anyway. Me I was still clueless of the Market of Hype. Then Off White came along.

Every thing about Off White was aspirational, cool and a Black Mann leading the way didn’t hurt. Knowing the man with the name Abloh like my friends had me knowing exactly where he was from. There was a connection there, I was certain of the cool factor and now the guy selling Joggers and hoodies was deciding to become high fashion. Not only have a show at Paris fashion week and have a studio in Italy but to put the culture at the forefront and play migos as his runway song.

In a word I was GASSED knowing the culture could get that far, pun intended. All still, we’re moving fast through time but the bone of contention with all of these Off White shows was the comfort in which the culture was on full display where once it wasn’t. The things we made cool were now looking at us and what was cool to us. And the things we made cool came from us, Virgil came from Chicago and with the power of the internet culture became a phenom.

In fact it was all comfort. What was built up was living comfort, I don’t know what the intention was but one of the effects was the high fashion hoodie where it inspired Demna, Gosha, HBX, FoG, and all your favourite luxury and high fashion brands to buy into streetwear, Comme des Garçon x Play, f is for Fendi and even Louis Vuitton X Supreme

The table changed so drastically thanks to Kim Jones Tipping it off with the capsule collection – What Virgil did was put it on the runway, and not a hoodie Clad in iconography a hoodie expressing nothing but the fact it’s a hoodie and it’s comfortable to wear & 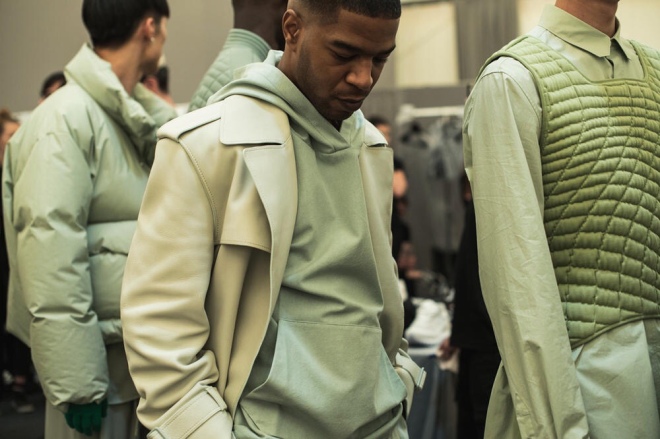 I feel comfortable in it what’s more luxurious than the ability to be comfortable in whatever clothes you’re wearing and not be judged. I wrote about the collection here in understanding the introspective nature of how the culture of hip-hop effects black style. With that was probably the catalyst to writing even more articles from this POV I have.

The comfort that Luxury affords gives me an understand now as an adult how these massive luxury houses can shift people’s understanding of a garment we wear. That representation of product gives life to new people who would see it and want to be a part of it. The level of inclusivity that’s being displayed is kibou and part of my ethic as a person so that’s why I write about it like I did because of what it means for so many people coming after the shift was made.

If you enjoyed this please check out More of My Dialogues

A show put on by Ghesquière, a cup of tea for those that like there’s served in fine china freshly polished, in a time paid for on their fathers credit card. They LIVE. We can only wish,

I was really feeling the Hilary Banks, Murphy Brown the true boss. The lady executive of the 80’s that was the only one in the room but manoeuvred like she owned the place. To the men in the room had no idea what shoes or suit she was wearing but loved it and drew in their attention & every receptionist and scribe assistant lunch lady aspired to be her or her daughter to have the wits to get to her level you know the one.

true statement pieces in shapes and cuts that are lost on some today, who wouldn’t know what to do with it but to those that do will. This is no average debutant attire. The woman is high life and always has been, The pacing and music of the show showed this.

Every step taken from the staging to the shoes held meaning and attitude of the woman this was meant for.

I remember not, nor have I associated with this woman because my credit card is the wrong colour and my money is too new but one can only hope can’t they.