Some may or may not know about it, this is a terrible state of affairs, I wrote about how Sickle Cell Patients are mistreated under medical care, where people are supposed to feel safe and looked after in A Portion of Humanity that makes me wonder why? Why would people get treated this way, and what comes down to it is a lack of education.

The Scope of Who it Effects

When people think its just a black issue because of the disproportionate reports by black people it leads people to believe this is a purely black issue and whatever biases take over from there. 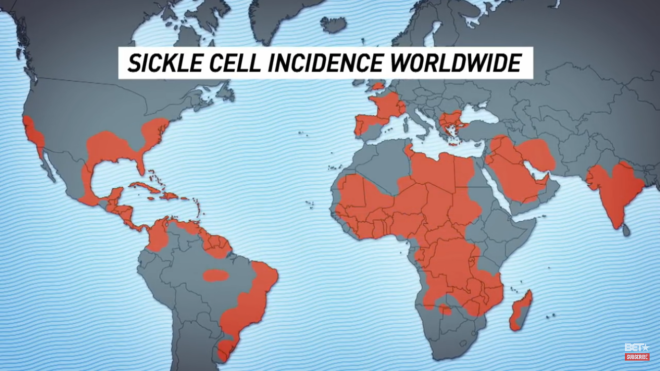 Sickle Cell is a worldwide mutation its not something easily fought or shirked off. Deriving from areas that mosquito feed the mutation evolved to counteract malaria which mosquitos carry; the effects of these bought about some changes within the chemistry of those native to these areas.

Contrasting Views of How Similar illnesses are dealt with

As you can see this condition affects people in India and the Middle East as well as South America its not just a black problem but it is something we talk about enough that gives me the hope we can do something about it and add the different cultures into the mix. There are more people with Sickle Cell Trait than there are with Multiple Sclerosis & Cystic Fibrosis combined in the UK.

I do not see how this is not a bigger conversation and how I can find advanced campaigns  of how MS effects people in the winter and so forth but there can’t be one with Sickle Cell; what is especially great is the way they’re building awareness, there’s just a stark and obvious contrast in how they’re perceived globally even though one can effect more people than the other. It’s great what they’re doing with MS, we would really love the fight to be taken seriously with Sickle Cell too.

A Brief History of Western Understanding

Sickle Cell has thought to have been around for 5000 years yet it’s said to have been “discovered” in 1910 by a Dr. Herrick in the America’s; Sickle Cell trait “discovered” 1927 by pair Hahn and Gillespie — it wasn’t until around the 50’s where more significant progress was made Nobel Winner Dr. Pauling & Itano who broke down the understanding of what we know about “Molecular Disease” (diseases that have proteins with abnormal chemical structures); Sickle Cell being the first of thousands.

The 70’s bought about “genetic Counselling”, with a smidgen of eugenics where organised thought and teaching spread some propaganda in the African and Caribbean communities that have now become part of the cultural fabric… You don’t hear accounts of “Sickle Cell” before western medicine started talking about it, nothing black people done or may have done for it is not recognised in. the medical zeitgeist; along with the destroying of a long documented history there are many things we still don’t know about ourselves.

What I’m talking about now is the cultural setting and how medical conditions are treated in the black community all around the World. We don’t take our medicine or intelligence seriously because its not accepted by the powers that be within the institutionalised imperial system that is the European Health Care system. That being said we still don’t know much about Sickle Cell, not much work is done for it and culturally it is preferred Sickle Cell is bred out than propagated.

Although it is a 5000 year mutation people believe it can now take a generation to get rid of it; colour me skeptical but that doesn’t sound very much of an effective way to handle it, I’m not trying to control what people do with their bodies but I don’t think Abortion of a child which you find out has Sickle Cell prenatally is a solid measure either. I feel there are better ways to Handle this 5000 year (at least) mutation.

I believe that although the history was ripped away burned destroyed and disrespected we can look forward to deeper understand what Sickle Cell is. Most people who look into it either have the Gene, the Trait or know a family member that has it. All round 15,000 people have it in the UK that is 15,000 people whom have a chance of getting mistreated by hospital staff Thats 15 thousand too many and another 250,000 who can help or are too scared to but have no way to help; who think their only duty to their family bloodline is to make children who don’t have Sickle Cell.

These points are really too basic and just spread propaganda about the condition with no real ‘Scientific basis’ although the pseudo science is accepted among the whole African and Caribbean culture. It needs to be stopped and the conditions need to be taken with the same seriousness, this is something I will have to explore in the next blog.

To get in contact with me find me on

Thank You For Reading… Please read my other Feature blogs:

A Dose of Optimism

A Portion of Humanity

What is a Crisis